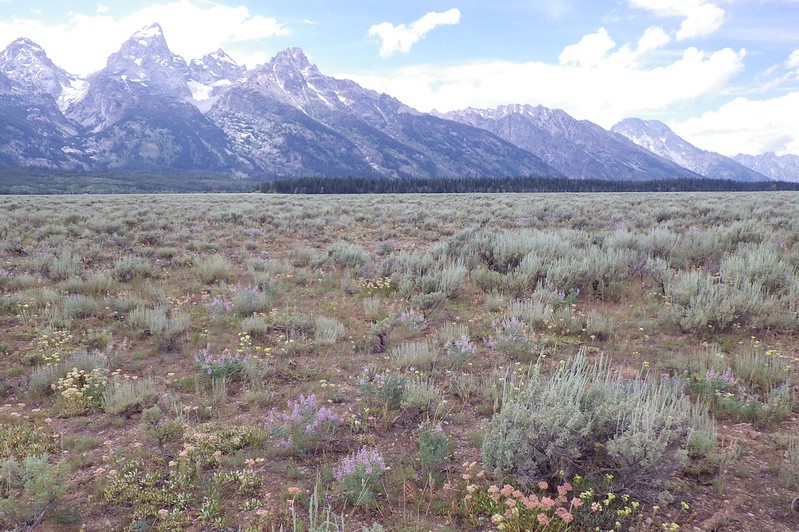 Approximately half of sagebrush steppe range-wide has been converted to non-native grasslands, which has contributed to population declines of sagebrush-associated songbirds.  Removal of non-native grasses and restoration treatments are time-, resource- and energy-intensive, but could lead to the return of functional habitat for sagebrush wildlife. The extent to which restoration efforts repair the structure and functionality of sagebrush steppe for different types of wildlife, however, remains largely untested. To determine breeding songbird community responses to sagebrush restoration treatments, we are conducting a longitudinal study with sampling every 5 years within restoration units at different stages of restoration in the Kelly Hayfields restoration area in Grand Teton National Park, Wyoming. Thus far, in 2013 and 2018 we compared bird and plant communities in unrestored (largely smooth brome [Bromus inermis]) units to those in various stages of restoration treatments, and to areas of native sagebrush. The sagebrush plots will serve as desired comparators for the endpoints of restoration efforts. The in-progress and recently replanted units were either dominated by bare ground (following herbicidal application) or native forbs with very little shrub cover (< 0.1%).  Native sagebrush units were dominated by shrubs and native bunchgrasses.  Bird community composition was distinct among the different unit types.  Abundance of grassland birds was highest in unrestored units, whereas the abundance of shrubland birds was highest in native sagebrush and positively associated with shrub cover.  There were very few detections of birds in recently re-seeded units. Restored areas may initially provide little breeding bird habitat, especially prior to the establishment of native bunch grasses and a mature shrub layer. Plant and bird sampling efforts will continue every five years to document how plant and bird assemblages shift over time in response to restoration efforts.