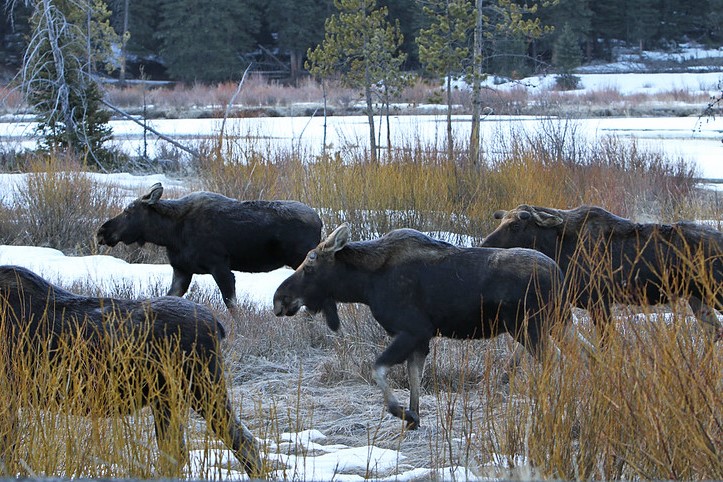 Predation is commonly cited as a top-down effect that structures food webs, with the reintroduction of wolves to Yellowstone as perhaps the most famous example. However, despite two decades of research, there is still debate as to whether wolves (Canis lupus) have indirectly benefited aspen (Populus tremuloides) by reducing herbivory from elk (Cervus canadensis). As such, the purpose of this study was to investigate the role of top-down and bottom-up forces on aspen recruitment in northern Yellowstone. The UW-NPS grant funds were used to conduct a genetic analysis of 59 aspen stands in an effort to determine whether genetic variation is one control of aspen recruitment. During summer 2018, 122 leaves were collected and sent to the Mock Lab at Utah State University. The samples will undergo DNA extractions at 12 microsatellite loci, which will provide us with genotype and ploidy level, with the genotype at a resolution to distinguish clones. Concurrently, we measured aspen heights and browse rates, as well as soil moisture. The median aspen height in 2018 was 110 cm (SD=135), and the browse rate was 0.45. Stands varied in volumetric water content (VWC), ranging from a mean VWC of 2.7% to 45.2%.