Are we overlooking the eco-geomorphic importance of wood in braided rivers?: A case study in Grand Teton National Park 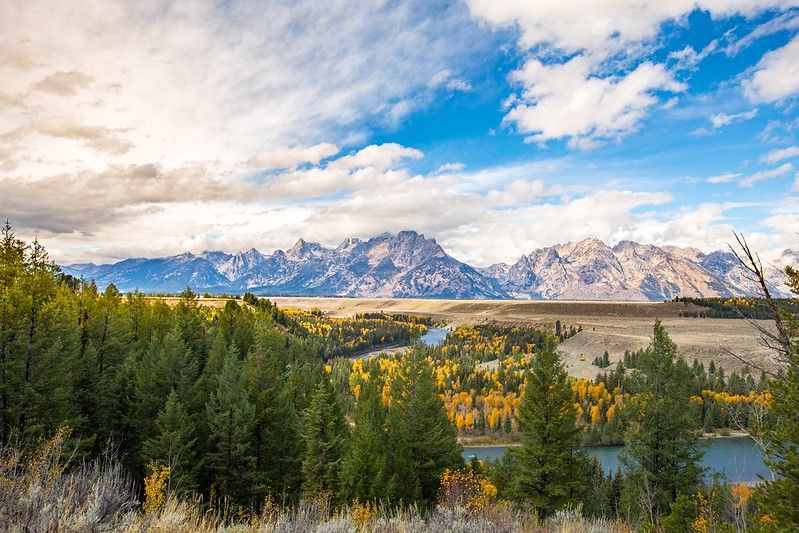 A decades-long body of research has hypothesized a fundamental incompatibility between braided rivers, which form due to a lack of bank cohesion and a highly-mobile channel bed, with vegetation, which stabilizes channel surfaces and hinders sediment mobilization. At the same time, many researchers have observed high densities of wood, occurring either as large jams or dense stands of mature trees, along the braid plain of multi-thread rivers worldwide. Here we seek to reconcile the perceived incompatibility of wood and braided rivers with the high densities of vegetation found along these streams using two multi-thread, gravel-bed rivers in Grand Teton National Park. In August of 2017, we completed topographic surveys along ~500 m reaches of Pacific and Pilgrim Creeks, tributaries to the Snake River in Jackson Hole. We seek to compare digital elevation models generated from these surveys with 2014 elevation data collected via airborne lidar to determine whether in-channel wood drives increases in bar density, depth variability, and in-channel habitat suitability for native salmonids. While the majority of our efforts following the August 2017 field campaign have been focused on lidar data processing and cleaning, our initial results indicate that wood is a dominant driver of bar formation in both Pilgrim and Pacific Creek, and may be the dominant driver of depth variability (e.g., pool scour) in gravel-bed braided streams in Grand Teton National Park.