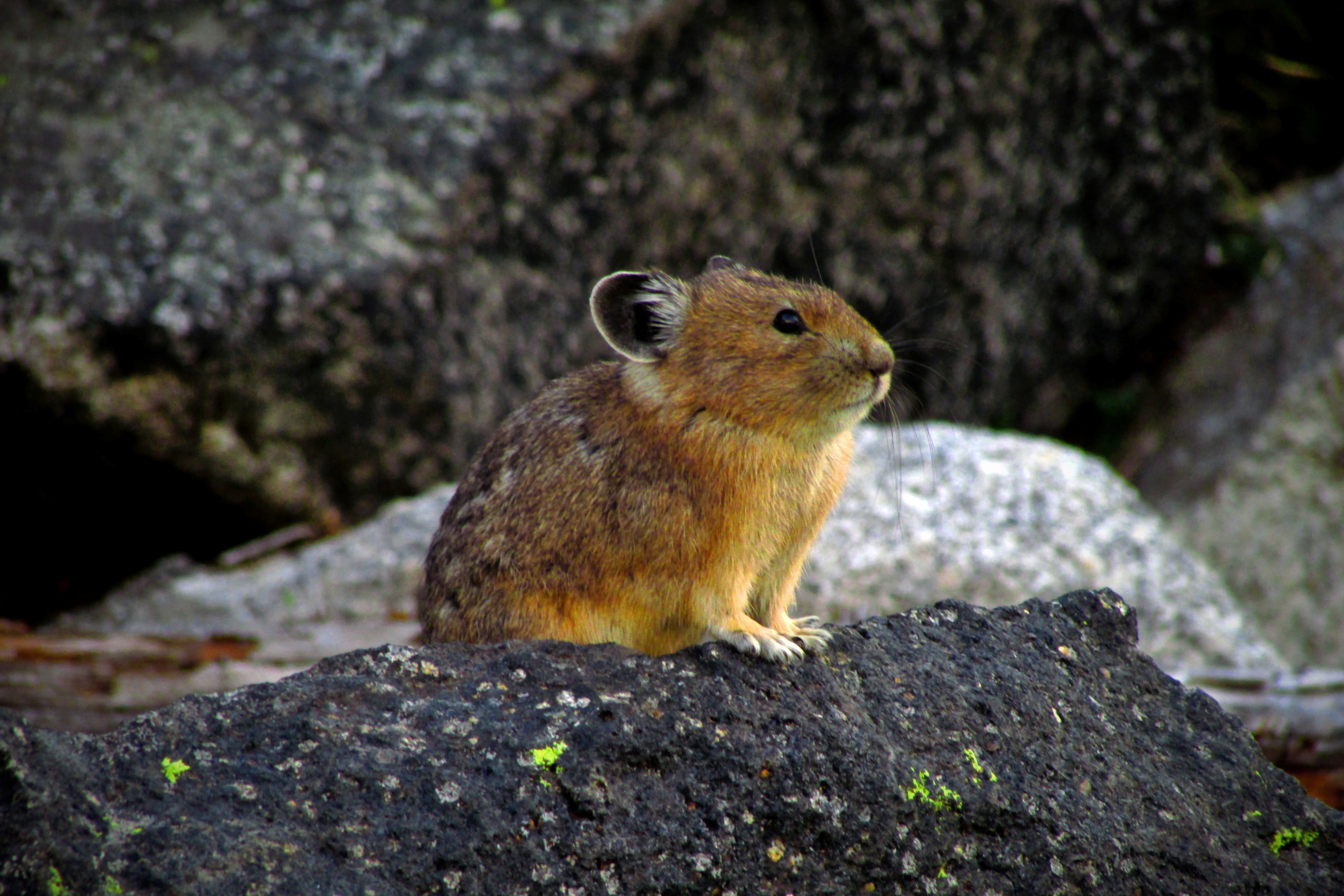 Over the next century, temperatures are expected to rise by 1-4°C in the Greater Yellowstone Region. This will force alpine species such as the American pika (Ochotona princeps) to compensate, shift in distribution, or disappear. If pika are limited by temperatures, they may disappear from warmer, lower elevation southwest-facing sites and find refuge in cooler, higher elevation northeast-facing sites. However, populations have been found across a range of elevations, suggesting they are instead limited by food or a need for large talus slopes. We explored these possibilities in the Beartooth Mountains, near Yellowstone, by surveying 31 pika populations and asking whether pika density varied with elevation, food availability, or aspect, all related to temperatures, or with talus area, which is not. Pika density was estimated by latrine density, which ranged from 14.6 to 167.4 per ha and declined slightly with elevation but was unrelated to vegetation. From a preliminary analysis of 61 sites, we estimated an occupancy probability of 0.89, with occupancy most strongly related to talus area. We will test and refine these results by predicting the locations of additional colonies, and by incorporating microclimate data into an ecophysiological model of temperature dependence in pika, with the long-term goal of predicting the fate of pika under a warming climate.